Movies for the big screen with SavageMojo 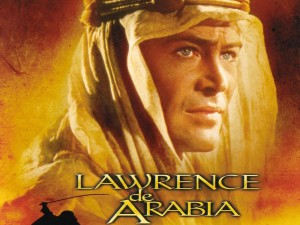 Tonight the geeks talk with Loki from SavageMojo about movies for the big screen!  And Loki gives a KILLER discount code to be used at SavageMojo.com.  But more on the discount later….

Are there moves you’ve seen, either on the big screen or even on your home entertainment system that you have thought there is no way there could not be any other way to see these flicks as they were actually made as movies for the big screen?  The geeks like to call them 70mm epics (Maybe not actually shot in 70mm but they sure feel like it!)

Tonight the gang is talking classics, like Lawrence of Arabia, Ben Hur and lots more like it, but also some of the newer classics like Saving Private Ryan, Alien (the first one!), and 2001: A Space Odyssey, the geeks own take on the movies they think are movies for the big screen.

With Loki joining them, you know there is going to be at least one Anime and some great old school films you may have never heard of, but they are worth watching on the big screen to get that experience.  Is that old rotted out film place down the street, you know, the one with the wooden benches and guy who still has to crank the camera showing some of these old films?  It may be worth stopping by and catching a couple of these re-runs.

Did they talk SavageMojo as well as Movies for the Big Screen?

Of course they talked SavageMojo and Loki drops another bomb:  A discount code for SavageMojo.com.  And its a big one!   As listeners to this show, you will get 25% off your entire shopping cart!  That is HUGE for quality content like this!  You can visit http://www.savagemojo.com and check out their stuff and take 25% off!  This code is only good for 48 hours, so don’t waste a second!

One comment to Movies for the big screen with SavageMojo