Tonight the geeks were joined by their old friend Loki from SavageMojo and their new friend from X-crawl fame, currently of Goodman Games, Brendan LaSalle!  The geeks and their pals were talking their own personal most savage dungeon xcrawls.  These were the ones that they have had the chance to participate in first hand.

Being that both Loki and Brendan have been able to experience these crawls from both the point of view of a writer and a player, they bring a unique perspective to the conversation.  With their typical horsing around attitude the geeks talk about some of the good times they’ve had at their table, and also listen to a horror story told by Brendan that hits pretty close to home for all involved.

We get to hear about some upcoming releases from Goodman Games and Brendan for the upcoming Boston X-crawl.  There is even a fight against beer…. Against beer!  Now that is savage.  Xcrawl has long been the epic pay per view event based, tournament styled, blood spattered, coldly harsh dungeon setting that forces your players to the edge.

Loki also gets to talk about what is upcoming in 2015 for SavageMojo including the newly released ClockWork Dreams as part of the Suzerain World.  The feverish dreams, steam and goggles all coming together in a surreal melding of a new SteamPunk classic adventure.

Holy sheep sh*t: What is a savage dungeon xcrawl?

Every RPG player has been there.  The dungeon that just seems to never end.  The ones that seem built to just X your character out of existence.  You might finally finish it, or so you think, only to be confronted by Nix, Nox, Box and Cox?  We’ve all been there, and every time, they are savage.

Remember the good ole TSR adventures like The Lost City, The lost caverns of …… who the heck can pronounce it?  Those are just some of what the geeks talked about tonight. 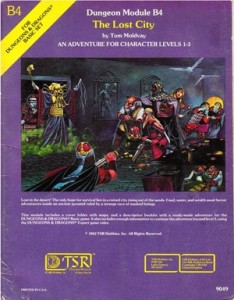