We’ve all had the opportunity to see one of these movies that portrays itself as a film based or steeped in historical bona-fides.  But are they as accurate as one would hope, or expect?  Tonight the geeks were joined by Professor, Director, Actor, and Producer Miles Doleac and we’re discussing his current works, one of our recent favorites: The Historian and one of his upcoming films: The Hollow. 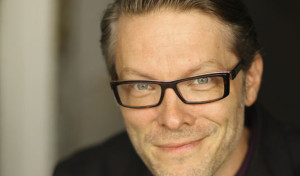 Who really IS Miles Doleac?

With his unique perspective, as an actor peering into and living in academia, and an academic  doing the same with acting, Miles Doleac engages film in a different way.  The geeks got a taste of that perspective through Miles’ work, but tonight got a chance to understand some of his thoughts and views as they end up shown in his films.

During our discussions Miles gave us the lowdown on The Hollow: Self-described as a southern noir murder thriller that centers around an unfortunate event.  A Congressman’s daughter is passing through the Mississippi, witnesses something she isn’t supposed to see, and ends up part of a triple homicide.  Of course, the FBI swarms in and the secrets of the town slowly begin to be uncovered.

This has all the markings of a little Deliverance and some Mississippi Burning and maybe even a little Southern Comfort.  During the broadcast Miles go to lengths to describe the oppressive heat, the bugs, and muggy feeling all around….. It reminds us of a hot and sticky Kathleen Turner in her coming of age film Body Heat (more noir!).

With an all-star cast of actors that includes William Saddler, Jeff Fahey,  William Forsythe, James Callis, David Worshofsky, Miles Doleac himself and more, the who’s who of actors that can play Southerners and or nosy federal agents seem all to be here.

The Hollow promises to be a step back to a type of film that has been missing.  A dirty, gritty, southern murder mystery that turns over every ugly rock in the bayou, but may also reveal a lot of the beauty along the way.

You can find out more about The Hollow here on their Facebook page: https://www.facebook.com/TheHollowMS

You can also check out the trailer for the Historian, which is currently available on most VOD platforms (Amazon, Hulu, iTunes, or your favorite VOD platform) 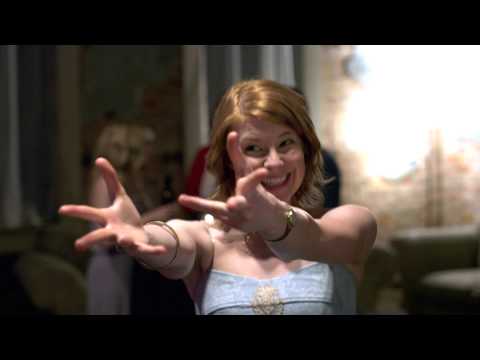 1. Polymer science??? Is Stacey Castillo based on a real prof in the program? — The Flying Prof (among many who asked the same question)

Answer: Stacey is not based on a real professor. I admit I’ve never seen a polymer scientist as attractive as Leticia Jimenez, but I liked the idea of this gorgeous, liberated woman playing in what has historically been a man’s sandbox. It says a lot about who Stacey is and what I wanted to say with her.

2. in historian did ben decide on stacy with his heart or because she made sense — JuanCruz83

Answer: Ben is learning to live in the moment, to appreciate what’s in front of him right now and that’s Stacey. She’s practical and frank and doesn’t dwell on the past or romanticize about a future that may or may not come to fruition. In that regard, Stacey is a “head” decision. It’s Ben finally saying, “time to live in the now.”

3. For Miles…. In the movie 300 were the participants really that old or were the battles mostly fought by younger people….. — A listener in Germany

Answer: Spartan males began conditioning as early as age 7 and reached the age of majority (fighting age) at 13. So, although 13-year-olds could certainly be part of the Spartan army, the 300 or so that fought at Thermopylae were made up of King Leonidas’ personal bodyguard (because the Spartan Gerousia or Council of Elders would not allow the full army to go on campaign during the festival of the Carneia, a big religious festival in Sparta). The king’s bodyguard were probably longtime colleagues of the king and many were battle-hardened veterans who had been around a while. They would have been the best of the best. It is unlikely that they were green, so most of them would have at least been in their 20’s and 30’s. Some older than that. Leonidas may have been 50 or so when Thermopylae was fought, so there could have been at least some men among his bodyguard who were roughly his same age.

Here is DungeonMaster’s review of The Historian by Miles Doleac as posted on Amazon and IMDB:

Deep, personal, and driving. A wonderful experience and a must recommend:

My immediate reaction while watching the movie the first time: Why
haven’t I seen this????? Indie films are hard to keep up with and
harder still to separate the wheat from the chaff but the Historian has
risen to the top of my indie list to watch again and again, but more
importantly, to show off to my friends.

Primarily, I would not write you had to have spent any time in academia
to appreciate this movie, although having been to college or through a
college course might add some appreciation, it certainly is not needed.
The movie does not treat the viewer as obtuse. It assumes you can follow
along and understand the multi-layered and multi-faceted complexities
of the characters. Because the movie is able to go deep and wide with
each character, you can begin to see them as human beings with all
their faults. One might even find him or herself feeling sorry for the
antagonist.

In this movie, we follow the life of Valerian Hadley, played by the
immortal William Sadler. A middle-aged department head at a small
private university somewhere in the south, Hadley’s world is crumbling.
Hadley struggles with his father’s Alzheimer’s. A new professor has
come to town to be the big man on campus. Couple all this with Hadley’s
inability to get his new works published and the professor’s life is
just unraveling. His dry and bland personality meshed with the fact he
is a jerk certainly makes him the bad guy in the film but a human one.
At some point, you can see he is even dying for companionship. Although
of course he handles himself “poorly” even in this facet of his life.

There is a particular scene where Hadley practices his martial arts
kata (looks to be Tai Chi possibly) and you get the feeling the
character is “Centering” himself. He has begun to accept the new age in
his life, and things can only get better….. or maybe not. But even if
they don’t get better, Hadley will at least be able to finally deal
with himself.

For Miles Doleac’s part, as writer, director, and producer, he has done
a stunning job for a first time filmmaker. Being that he wrote the
script, he fully understands what and how he wants the characters to
be. He seemingly lets the actors stretch their legs a bit in certain
areas and it works. He did not get over-bearing and not everything is
perfect, as one would expect in life.

The real story here is the humanity. The middle aged professor moving
on to the later half of his career, and the new hot-shot professor just
really getting his feet wet in his, both of them faced by different,
but none the less daunting problems. Problems of the faculty, problems
with each other, problems with possible romantic interests and even
problems within themselves. There is a very pointed history lesson
here: History repeats itself, even in each other. Kurt Vonnegut
probably said it best: “I’ve got news for Mr. Santayana: we’re doomed
to repeat the past no matter what. That’s what it is to be alive.” And
coming to grips with this being alive is not fearing a repeat, and
maybe embracing the second half of life is exactly the message The
Historian is trying to get across.

Bottom line: There are any number of ways one could read into this
film, and each time I watch it, I leave it with a slightly different
perspective. For a major Hollywood release, I would not get this, ever.
Hollywood guides me to one specific ending, one specific feeling, the
one they want me to have, and I tend to resist. The Historian however
beckons me to embrace it’s eccentricity, and take from it what I want,
rather than being spoon fed. A mental stretch in my living room
watching the Hollow is a good day. I recommend this film highly as a
best in the indie film scene of the last few years.