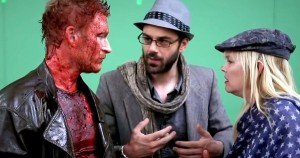 Ever wonder what REALLY happened with the original film for Sharkando?  Before it was suppressed by the studio?  Well now you can find out with the “Documentary” (Mockumentary) Sharknado Heart of Sharkness!

The geeks were joined by Jared Cohn who stars in the new flick from The Asylum.  Jared plays David Moore, the man who originally came up with “Sharks in a Tornado”.  Sharknado Heart of Sharkness follows around the cast and crew, splicing in interviews with the original cast, footage that has yet to be seen, and weaves together the story of exactly what happened during the fateful filming of the first Sharknado.  As the poster bills it “The story they didn’t want told”.  After seeing the movie, we can tell you, this is a story that MUST be told! 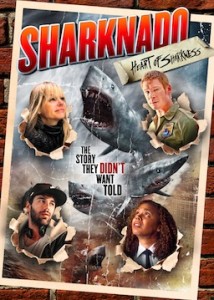 The geeks talk with Jared about his role in the new release, as well as each taking a shot at some of the “super fan” questions presented as part of a contest a few months ago.  You get a chance to hear exactly what city Jared would like to see wiped out by a Sharknado, as well as who they’d like to get eaten (Steven Seagal anyone?) and many other fun Sharknado references.  If you lost your hand in a Sharknado, what would you replace it with?

There were a few fan questions that got covered and we get learn a lot about what Jared has on his plate coming up.  Jared has a ton of projects in the works many of which you can find here on IMDB: http://www.imdb.com/name/nm1714788/?ref_=fn_al_nm_1 but you’ll have to listen to find out about the super secret projects.

Where can you find Sharknado Heart of Sharkness?

You can check out the trailer to Sharknado Heart of Sharkness right here and pick it up for only $3.99 (That’s a lot of entertainment for four bucks!): 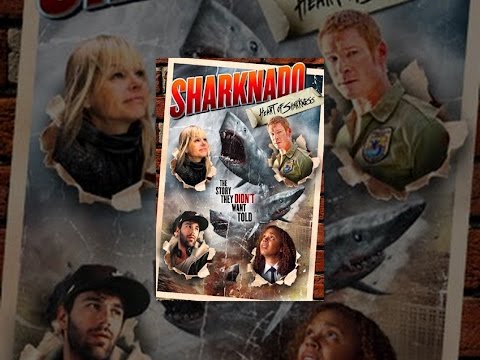 Sharknado Heart of Sharkness is part of the official canon of the Sharknado story line.