We’ve all seen those movies that have a memorable “drug” scene in them.  Whether it be Return of the Living Dead (Trioxin), the epinephrine scene from Pulp Fiction, or the entire series of Cheech and Chong movies, drugs have played an integral role in movies and tonight the geeks got a chance to talk to Richard Cranor, the writer and director of Star Leaf, exactly about those kinds of scenes. 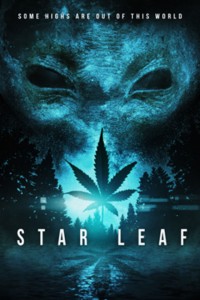 What is this Star Leaf flick?

To hear DM tell it, Star Leaf is a movie about the evils of breaking the rules, however we tend to think of Star Leaf more like a Cheech and Chong meets E.T. meets Predator.

A small group of friends heads off “to the wild” in search of the mystical Star Leaf, chasing the high that is associated with this extra-planetary plant.  As they meet characters along the way, such as Ranger Dave, played by Richard Cranor himself, they realize there are certain guidelines to using the plant.  When one of the characters breaks these guidelines the movie turns into a horror show for the group.  The aliens are pissed, and they want their sh*t back.

Star Leaf is available on Amazon, iTunes or your favorite VOD platform.

Below you will find a copy of DM’s review of the movie and you can find Star Leaf on IMDB at: http://www.imdb.com/title/tt3973814/

You can find out more about this movie by visiting: http://www.starleafmovie.com/ or Richard Cranor’s website at: https://richardcranor.wordpress.com/ 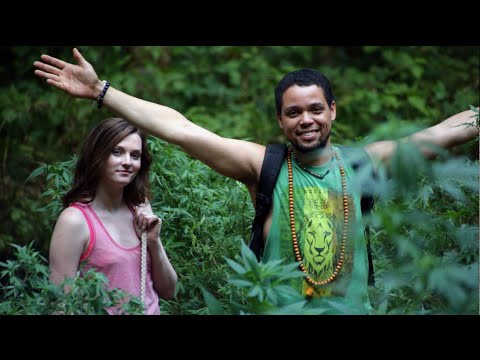 Richard was kind enough to answer some of the audience questions we got in email after the show:

1.  Was the Seth character based on some one you know?  Like a father figure or something? — Pokerface11

A.  Seth was really based on Russell Hodgkinson himself. The first day I met him I just saw him as that character. I knew he could deliver it effortlessly. He has a natural patriarchal quality but cool. If anything, he’s like a Obi Wan Kenobi and Tommy Chong rolled into one.

2.  Do you recommend getting high before or during the movie? — Jess Tr.

A.  One of the jokes I make is the great thing about Star Leaf is you can watch it once high, watch it once sober, and it’s two different movies. Hell, different types of weed create different viewing experiences as well. You never see the same movie twice.

3.  Is the star leaf based on a type of mj youve used before if so what was it because i need some — Dave L.

A.  No, but we had a medical marijuana grower in Washington State (Ohana Farms) grow us some high THC bud we called “Star Leaf” and holy shit, talk about a blast off. I think it was some kind of infused plant with 47% THC. I remember smoking it and staring at a rock for 2 hours. Seriously. I was out of my mind. That’s the closest I’ve come to a true Star Leaf experience yet.

4.  Typically what is the budget for a movie like this? – Twilightsux

A.  I’m not saying our film costs this much – but you can make something like this between 25k-50k. Some find even cheaper ways to make films like this. It’s crazy what you can do now.

5.  Do you know what Richard used for cameras?  To keep the costs down, what tricks did he use? — Jeff Nelson

A.  I used the 5D mark 3. It’s a wonderful camera, mainly because the ISO setting goes really high without creating too much noise (up to 1600). This saved my ass many times when there wasn’t enough light and we were out in the deep woods with no access to electricity. Another trick though, was to buy (around $200) a portable LED light that had adjustable color temperature settings (sunny or cloudy). That, and one fill/relfector, is pretty much all we used to shoot the entire film. Edward Burns (Saving Private Ryan) said it best that if you want to shoot the best movie at super cheap costs – go handheld, use natural light, and shoot outdoors as much as possible. You want to avoid complicated setups. And for god’s sake don’t use a tripod unless it’s a master shot. Tripods will ruin your movie. You stop thinking about creative composition and instead let the tripod make the choices for you.

6.  What about this movie Beta Test, do you guys know anything about it? – HappControlIt

A.  I got recruited by a local filmmaker to play a fighter in the film. I have a great scene where I get into a fight with Manu Bennet. It’s all taken in one shot with like 30-40 fighters or so, I believe it is a world record for longest single fight take, kind of like in Ong Bak: The Protector. We had to rehearse the entire scene for 2 weeks at a Baptist Church in Seattle, WA. At one point Manu Bennet kicked me so hard in the leg I had to immediately go out and by a jock/cup, cause if he ever missed, I’d be singing falsetto the rest of my life. It’s a great film, should be coming out next year. It was an honor to be slapped around by Crixus from Spartacus, let me tell you.

7.  How much opportunity does Rich get in Washington state?  Would it be better to be in Hollywood? — Hasni L.

A.  In Washington state, as well as just about any other state, the opportunities are absolutely unlimited! There’s a big misconception LA is the place to go for filming. It is – if you’re an actor. Or, if you’re a commercial director. But if you’re an indie, it can actually make it more difficult. The number one thing is always money. If you can find money, then you can shoot anywhere. I suppose it might be hard to find decent actors if you’re too remote, but if you have money, you can fly someone up from LA if needed, or recruit from local theatres. I was in LA for a year and it is virtually impossible to shoot anything indie…so many legal obstacles. Stay where you are and shoot what you know. 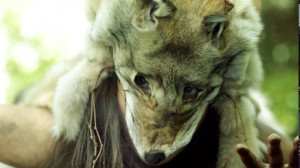 When first introduced to the title I immediately thought of Cheech and Chong’s Next Movie. Space weed and “trippin'” is what I had a feeling this movie was going to be about, and while that was part of it, it certainly wasn’t anything like Cheech and Chong.

Star Leaf tells the story of 3 friends on a road “trip” to find a special strain of extra terrestrial marijuana, the Star Leaf. This drug, they hope, will help their friend cope with the effects of PTSD. Unfortunately for the group, there are rules to be followed when partaking of this cure and needless to say, some one always breaks the rules.

The story actually has multiple morals intertwined into decisions we may all face day-to-day one way or the other.

Primarily, if you use marijuana or not, it is difficult not to sympathize with a set of friends trying to help their buddy suffering from PTSD. The tolls of the war in Afghanistan and Iraq have left us with soldiers much like our veteran in this movie. Our veteran struggles with the idea of using a possible illicit substance, being an upstanding person, however, he is probably in the greatest need of the relief the Star Leaf will bring to his affliction.

Beyond the overt medicinal and or recreational uses of marijuana the story reminds us “There are rules”. With great relief and or “high” comes great responsibility. And if you break the rules, there will be consequences. This is much like our politicians like to remind us, that if marijuana is legal, there are still regulations around it.

The consequences for breaking the rules are exactly when things go to hell in a hand-basket for our friends. While it is not quite a “horror” element, it definitely gets the point across. I would categorize this movie more as a Sci-Fi Drug Thriller.

Richard Cranor, who directed and wrote this film, filmed most of it right in the forests of Olympia Washington near where he resides. Ironically, Richard plays “Ranger Dave” a kind of law enforcement man watching over the “rules”. Yet another not so subtle reminder, you can partake, but the law is watching.

What made this movie compelling for me was Richard Cranor’s personal story. He has a brother who struggled with PTSD and Richard himself was stricken with cancer. Knowing this going into watching the film made me appreciate the personal connection he made with this movie.

I don’t want to add too many spoilers, but I will write: Star Leaf is a movie with a message that resonates in my opinion. As indie movies go, I really enjoyed it. You do not have to be high or on something to get enjoyment out of the story, although I am sure the story might seem different if you were. I particularly like movies when things go to hell due to the characters bringing it down on themselves, and this movie delivers.

One can never go into watching a micro-budget movie expecting a full-fledged Hollywood flick. There is not unlimited cash to make everything picture perfect, so be forgiving. Take the story for what it’s worth and enjoy the filmmaker’s vision. I look forward to more of Richard Cranor’s work as I think he has lots of story to tell.