Suzerain and the multiverse with Miles Kantir 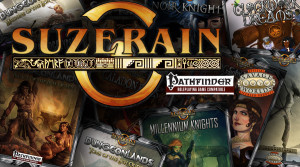 Remember the good ole TV shows like Sliders or Quantum Leap?  How in just an instant you could be transported from one universe to the next, but all of them being some how related?  That is the goodnees of the multiverse.  The geeks had a chance tonight to talk to Mile Kantir, the creator and super fan of the Suzerain continuum!

Video games like Assassin’s Creed have a bit of a multiverse feel to them when you look at the series.  The Assassins and the Knights Templar square off in different times and under different circumstances throughout history (each in their own little universe) and you take part in their stories.

An RPG multiverse is much more expansive and allows for much more player interaction with the world and the characters when compared to a video game.  This is where Suzerain comes in.

Suzerain is a series of realms that in their totality make up the The Suzerain Continuum.  Each realm has its own set of stories, timelines, and very existence.  Realms like Set Rising take place in a more or less familiar Egyptian type setting, while other realms like Shanghai Vampocolypse take you places you have never been.  Your characters might never want to go back if they even survive!  The worlds of Suzerain are deep and wide.  Stories abound from Roman type settings to 1930s era “G-men”.  Using the “Maelstrom” you can easily bounce characters and story arcs back and forth making for a pretty cool universe.  This is where the “Sliders” type analogies fall in.  In Suzerain its not only the where, but the “when”.

For more information on Suzerain by Miles Kantir a good place to start would be: http://savagemojo.com/suzewiki/index.cfm

Savage Mojo has tons of freely downloadable content to get you started and hooked on the Suzerain Continuum and we highly recommend taking a look!

If you are in the Bay Area in California, Miles will be stopping by Pacificon and Celesticon so stop by and say hello! 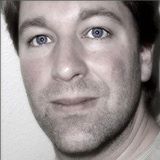