Dubious Alliance & the Lair of the Lich King 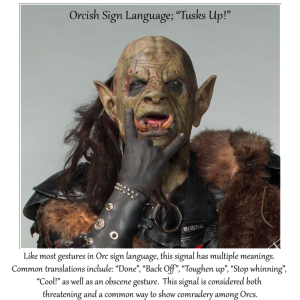 Tusk’s up!  We are the last days of the Dubious Alliance Lair of the Lich King KickStarter.  Joining the cast of Band of Orcs in the game is The Dark Party of characters including certain members of GeekLine415 and others!  With a new card revealed, new powers, new methods of game play and of course the Lich King himself, the new Dubious Alliance game is sure to create a great time around the table.

One of the geek favorites around the table has to be Dubious Alliance.  Any game with the ability to back-stab your friends one minute, but having to trust them to keep the party alive the next minute falls right into our wheelhouse.

As we mentioned already, the Stein of Salty Tears has already been unlocked, and we are hoping a last minute push will help unlock a few more stretch goals.  We won’t spoil what is upcoming, but Brandon does give us some hints in this episode.

What is Dubious Alliance?

Dubious Alliance, and it’s associated expansions, Lair of the Lich King are a fantasy bluffing card game where you take on a role of less than, shall we say, “dubious” group of characters.  In the original game, you took on the role of a group of orcs.  In the expansion, you get to also take on the role of the “Dark Party”.  The Dark Party consists of no less than eight (and possibly more) dark party members that delve into the Lair of the Lich King to take on the the evil wizard personified in lich form.

This is all for the glory, treasure, and good of the party (or tribe if you are green), but it is also for the bragging rights, the loot, and your own personal gain.  What kind of cooperative backstabber would this be without the chance for self aggrandizement?

Of course we couldn’t go without giving a look at the new card!  And hey, that really does look a lot like TK doesn’t it? 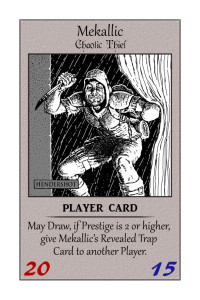 2 comments to Dubious Alliance & the Lair of the Lich King